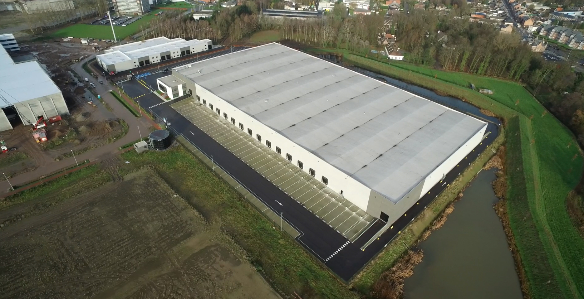 Signing of new leases for a total of 21,200 m² in France and Belgium

The transaction represents a total investment value of €11.2 million and will generate a rental income of €740,440 per year for the entire building as of April 2018.

New lease agreement with Parker Hannifin Manufacturing Belgium for 9,900 m² in Milmort (BE)

The Parker group is a world leader in the production and distribution of components for the mobile, industrial and aerospace sector (www.parker.com).

Second lease with Nippon Express Belgium for 5,300 m² in Willebroek (BE)<>

Montea and Nippon Express Belgium have once again signed a lease for a 9-year term for a 5,300 m² unit on “De Hulst” in Willebroek. This sustainable logistics estate boasts a unique location between the A12 and the E19 Brussels/Antwerp motorways.

Nippon Express Belgium is already a lessee of a 6,000 m² built-to-suit project at Brucargo in Zaventem (www.nipponexpress.com).